Create a new section of the web site http://www.paulkellythemovie.com.au/home/ that 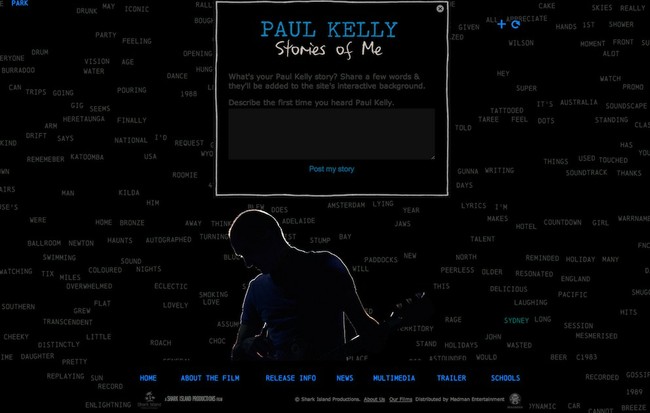 The first page of your section will have hyperlinks to some of the following.

Work in small groups to develop your pages of the web site, each group taking a different interviewee to analyse. You will need to address the questions below and you may include sections of the movie to illustrate any points you are making. If you are unable to use web development software, use an application such as PowerPoint to simulate the effect.

What film techniques are used to engage the audience? What is their effect?

How is the subject filmed?

The interviews were filmed using 2 cameras set in the same position but with different lenses – one for wide shots and one for close-ups.
Consider

NEXT: CREATING TEXTS - COMPOSITION AND EDITING FOR EFFECT